(SonarQube 8.9LTS, Scanner 4.7)
We are trying to analyze a project and it is failing due to an already deactivated rule (which is deprecated).
This rule doesn’t exist in the default Quality Profiles that are being used. Can you please help with removing this rule from the analysis? 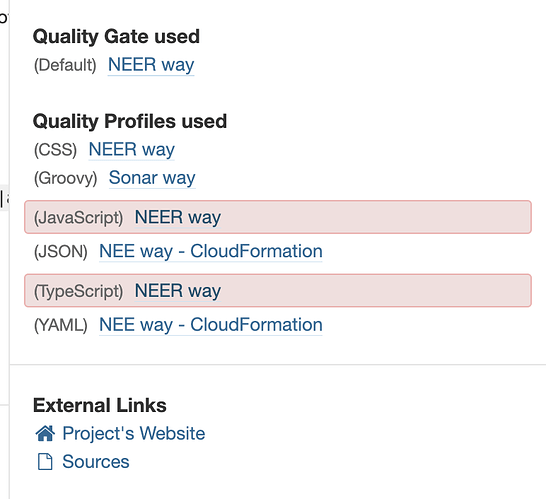 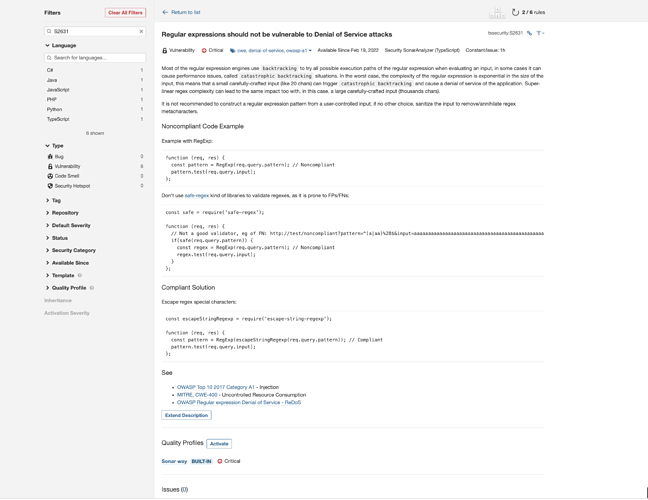 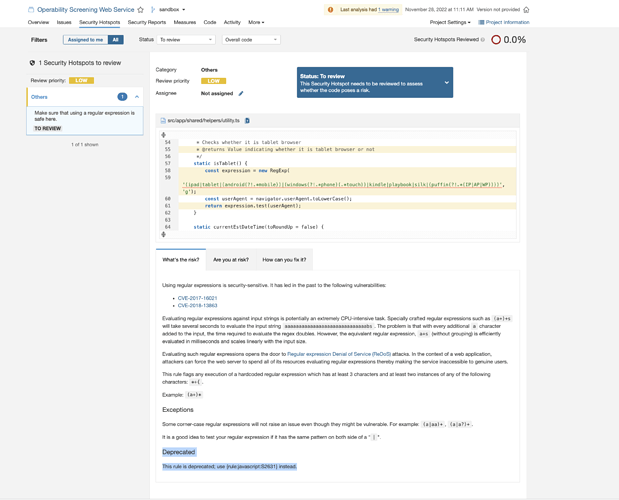 This security hotspot is raised by typescript:S4784, not typescript:2631. The former should be the one removed from your Quality Profile.

typescript:S4784 rule is deprecated, I already deactivated all deprecated rules. But still when the project builds this rule is affecting. 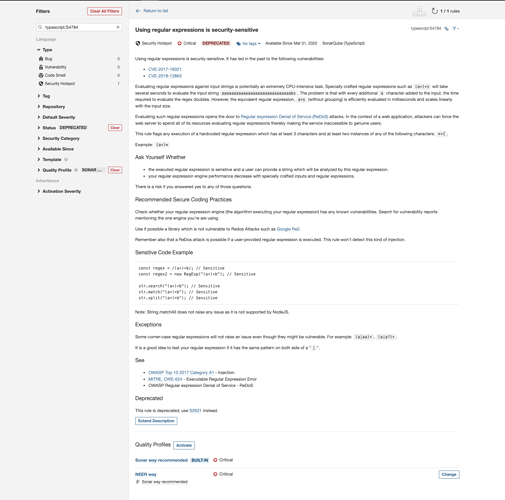 Based on the screenshot, that rule is still active in NEER way – because it inherits from the unfortunately named “Sonar Way Recommended” Quality Profile. This profile will actually no longer be included in new v9.x instances – you can read more about why here:

Hi SonarCloud users, The “Sonar Way (recommended)” profile which has been available for JavaScript and TypeScript is now being upgraded to converge with the “Sonar Way” profile. The reasoning behind the two profiles was to have a more conservative profile along the ever-green “Sonar Way”. However, this has resulted in the “recommended” profile being stuck without updates for over a year, it was also named confusingly, which we regret. Overall, this means that for projects using or extending t…

This means that for the time-being – I would recommend inheriting from the “Sonar Way” instead (for reasons noted in the above post), or copying your Quality Profile so that it no longer inherits from Sonar Way Recommended if you can’t change so easily (this would mean you’d be able to deactivate the rule)