My sonar check passes on PRs, despite the low coverage on the new code.

I’ve added two one-liners with no tests. Sonar was able to find the non-tested code and show that 2 new lines need to be covered. It correctly shows 0% coverage. However, the quality gate passes.

The quality gate of the project is set to Sonar Way, which requires at least 80% of coverage. 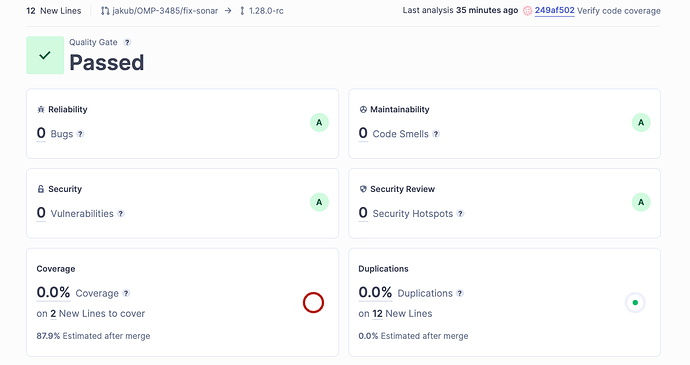 Interestingly, it seems to be working if the coverage is != 0.0%. To the same PR, I added one test.
Then a check failed as expected with 50% coverage. 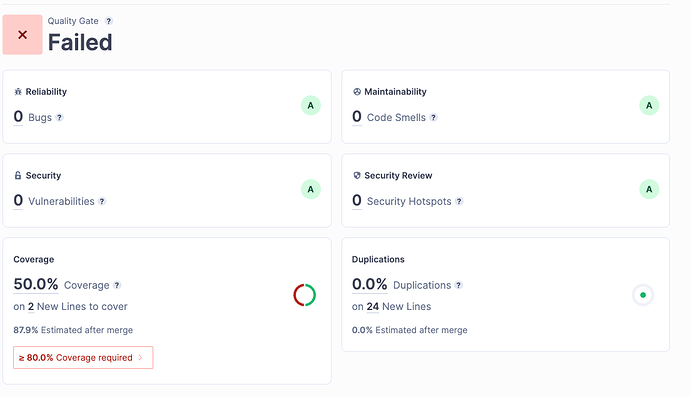 Coverage conditions aren’t applied when fewer than 20 lines have changed.