Template for a good new topic, formatted with Markdown:

Welcome to the community!

Does your analysis show up in SonarCloud as a PR analysis or as a branch/main?

Yeah, I have succeeded to integrate Sonar with XCode Cloud. Only missing part is summary report comment in the PR

This analysis is shown as a PR analysis. 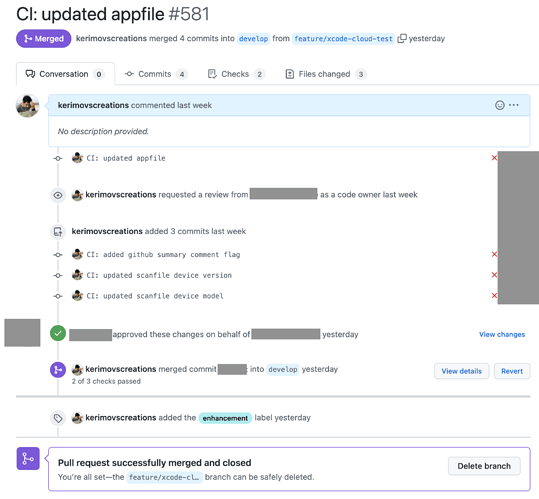 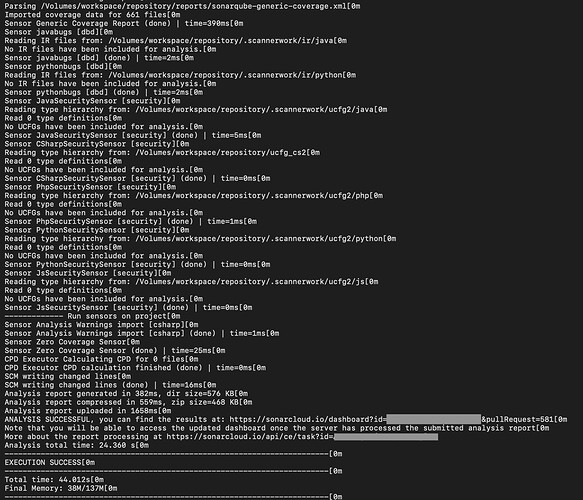 Are there any analysis warnings in the UI? Did you originally import the project into SonarCloud via the in-app wizards?

I didn’t see any warnings in the UI, except 1 warning in the top right “Shallow clone detected during the analysis. Some files will miss SCM information. This will affect features like auto-assignment of issues. Please configure your build to disable shallow clone.”.

Project is imported long before me, I don’t know which method is applied. I guess this was imported by website sonarcloud. Organization is still bound to the Github. We have 600+ repos and the rest are working fine. Only XCode Cloud integration does not comment anything.

I guess this is related to the GITHUB_TOKEN environment variable, so it is not present in the XCode Cloud server’s environment.

I guess this is related to the GITHUB_TOKEN environment variable, so it is not present in the XCode Cloud server’s environment.

I doubt it. That would prevent analysis from running. I’ve flagged this for more expert attention.