Code coverage was previously being shown in Sonar Cloud for my project. I have not made any changes to the configuration, but I am receiving a warning with no coverage for the project:

----WARNING----
Your project contains only TEST-code for language C# and no MAIN-code for any language, so only TEST-code related results are imported. Many of our rules (e.g. vulnerabilities) are raised only on MAIN-code.
-----END------

When building in Azure Dev Ops, the compiler is not finding the test result files (.TRX), however it is able to find coverage files (.coverage). Sonar cloud is also not showing the topic branch in the short lived branch section but has the topic pull request.

I am unsure of how to approach this issue, would I need to reconfigure Sonar Cloud connections with Azure Dev Ops or in Sonar Cloud Web app? Any help is appreciated!

Based on the warning, it sounds like something has changed with your .NET projects where they are now being classified as Test Code rather than source code. Sometimes this can happen if an unexpected dependency is referenced. Take a look at this wiki page: 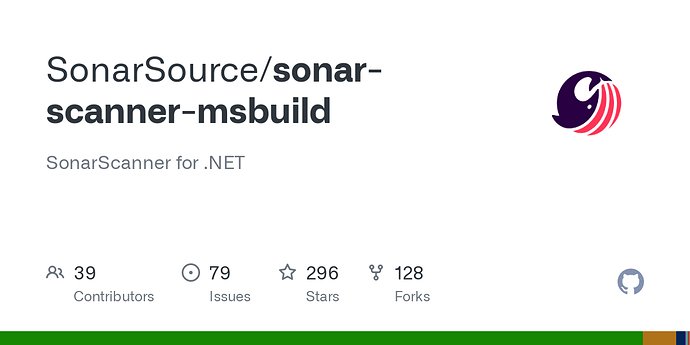 SonarScanner for .NET. Contribute to SonarSource/sonar-scanner-msbuild development by creating an account on GitHub.