Hello, I’m wondering how I might set the setting sonar.issue.ignore.block in the sonar-project.properties file?

https://docs.sonarqube.org/display/SONAR/Narrowing+the+Focus#NarrowingtheFocus-IgnoreIssues claims Note that the properties below can only be set through the web interface because they are multi-valued But Google actually finds example configurations like https://github.com/liflab/cornipickle/blob/master/sonar-project.properties that do # Ignore a few rules sonar.issue.ignore.multicriteria=e1,e2,e3,e4,e5 # Field names should comply with a naming convention sonar.issue.ignore.multicriteria.…

And then there is this 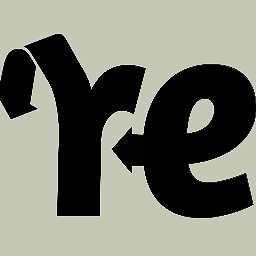 So. I am assuming the docs over here ( Narrowing the Focus | SonarQube Docs ) are just not accurate.

The last analysis has failed. If it keeps on failing after several attempts. Analysis ID: AXHmE7TrI1TPjp4d2wTr
janos (Janos Gyerik) June 21, 2019, 9:22am #5

We recommend users to use the UI to configure this, for best experience. Consider the configuration via sonar-project.properties as an undocumented hack, not official supported that may or may not work reliably, use at your own risk.

For anyone using project configuration files:

You linked to the Analysis Parameters page, which doesn’t mention the sonar.issue.ignore.* properties, because this is not something we want to support. Consistent with that, the Narrowing the Focus page clearly says that the multi-value properties can only be set by the web interface. And again, it doesn’t mention the sonar.issue.ignore.* property names.

So I don’t see what is misleading here. The bottom line seems simple:

Do let me know what I’m missing.

Not for the moment.

Ah fair enough. Too bad the sonar-project.properties file doesn’t have parity with what can be set in the UI, it would have made it a great option to configure your project settings.

Fully agree, the setup/project config must be possible to be automated and having any UI option isn’t really helpful when working with hundreds of projects and pipelines …

I concur, @janos can you create an internal ticket for adding it to the official documentation?

This works perfectly fine via sonar-project.properties files and this should be the way to configure rule exclusions in the spirit of “configuration as code approach”.

There are use cases in which there is a multi-repository project that is e.g. Typescript based and we need to disable a rule for all repositories in that project (i.e. portfolio, not SQ project).
Disabling it via UI is impossible for directory layout reasons and also because the SQ (hosted) instance is multi-tenant - we want the projects to be self-responsible for their configuration and manage it exactly via the properties file

Where in the UI do we specify the “block expressions”? I’ve tried to going to Analysis Scope, but I dont see the screen. And I’m set as ADMIN.

This is the documentation I am following: Analysis Scope | SonarCloud Docs